Choosing the right ad bidding strategy for your campaign can be a tough decision. Here are some tips and tricks to guide you through the most important steps.

One of the most important steps you need to complete is choosing the right ad bidding strategy for your campaign. This decision is connected to whether you pay based on impressions, clicks or some other metric. However, avoid making the mistake of choosing based on preference — your ad bidding strategy should be based on your company and campaign goals.

If you’re unsure how to choose the right ad bidding strategy, here’s what you need to know.

Your ad bidding strategy will vary from one campaign to the next based on your advertising goals. There are five key goals Google has outlined, each one suited for a different strategy:

With these five goals in mind, let’s take a closer look at the three most common: Conversions, traffic, and brand awareness.

A conversion is usually tied to a specific, traceable action on your website. For instance, if someone signs up for your email list, schedules a sales call or requests a catalog, any of those actions would be considered a conversion.

If you’re using Google and the purpose of your advertising campaign is to generate conversions, Smart Bidding is likely the best ad bidding strategy. Smart Bidding uses automated strategies and machine learning to help optimize the conversion value of your campaign based on data such as user location, device, and search history. In practice, this means your ad budget will be spent on search terms that will help you reach the searchers most likely to convert.

Other platforms, like Facebook, also have an automated bidding option that you can employ to make campaign management a tad easier.

If generating website traffic is the top priority of your advertising campaign, you should consider the cost-per-click (CPC) bidding strategy. With this ad bidding strategy, you’ll determine the maximum amount you’re willing to pay for each click your ad generates. This is ideal if there are specific keywords that you know are more valuable.

You can also use the Smart Bidding strategy known as “Maximize Clicks,” which requires you to set an average daily budget and Google takes care of the bidding for you.

Building brand awareness with an advertising campaign means getting your ad in front of as many relevant people as possible. However, impressions only matter if the person actually sees your ad. That’s why you should use the cost-per-thousand viewable impressions (vCPM) for brand awareness.

Especially for businesses that are new to advertising, it’s common to want a campaign that “does it all.” There’s no doubt that your business wants engagement, clicks, and conversions — why should you have to choose?

To put it simply, the audience segment for which you need to build brand awareness is very different from the audience segment that’s ready to convert. So, if you try to create a campaign to reach everyone, it’s going to end up too generic and vague to really capture the attention of anyone.

With these things in mind, here are some best practices for choosing a bidding strategy:

Creating an ad campaign might sound a lot easier said than done, but once you have one successful campaign under your belt, it will get easier.

How to Determine a Bidding Strategy for Different Types of Ads

The goal of your campaign isn’t the only element that will factor into your bidding strategy. Where you run your ad will change the strategies you have available to you, which is why it’s important to familiarize yourself with whatever platform you plan to advertise on. Here’s a look at the most common, along with an overview of their bidding strategies.

Advertising on Google affords you the widest selection of bidding strategies, but most businesses use one option far more than any other. Use this breakdown to make the right decision for your campaign.

This option allows you to set a maximum CPC bid, which should be based on the actual value a click is worth to your business. The best thing about manual CPC is that it gives you more granular control over how much you pay for a click based on the keyword or placement. However, this control is only valuable if you have your numbers in order.

Your maximum CPC bid can be set at the ad group level or for individual placements or keywords. So, if you know that one keyword is going to generate higher value clicks than another, you can set a higher CPC bid accordingly.

If your campaign is optimized for conversions, you might use the target CPA bidding strategy to help you efficiently utilize your budget.

This is a type of Smart Bidding strategy, but realize that the cost-per-action you set is a target, not a maximum. In other words, the algorithm will display your ad so that your target CPA is the average amount you pay over the course of your campaign, but any given acquisition could exceed that number.

Return On Ad Spend (ROAS) is another type of Smart Bidding strategy, and this one allows you to optimize for conversion value. While this bidding strategy requires additional setup on the backend, it can help you allocate more of your budget to the specific types of users that are worth the most to your business (i.e., DIYers vs. builders).

Before you can use Target ROAS for most campaigns, you will need at least 15 conversions in the past 30 days. So, if you’re launching your very first campaign, you can visit this bidding strategy later once you have more data to leverage.

If you want to get as many clicks on your ad as possible, the “Maximize Clicks” option is the obvious choice. This is a type of automated bid strategy, which means you’ll set an average daily budget and your ad will be delivered accordingly and will be paused when you have spent your budget.

As a building materials company, the majority of the campaigns that you run will be focused on generating conversions instead of awareness or engagement. That means most campaigns should utilize the bid strategy known as “Maximize Conversions.”

Instead of setting a specific cost-per-acquisition (CPA), the Maximize Conversions bidding strategy will utilize your entire budget to get you as many conversions as possible, generally leading to better results.

Target Impression Share is a unique bidding strategy that could be useful if you’re trying to drive visibility with your advertising campaign. Using this bidding strategy, bids will be made automatically with the goal of showing your ad at the absolute top or top of the page, or anywhere in Google SERPs.

Without a doubt, Target Impression Share is one of the rarer bidding strategies, but it’s very helpful when you’re running your own branded campaigns.

Enhanced CPC isn’t a bidding strategy in and of itself, but you can add it to your strategy if you’re using Manual CPC. The Enhanced CPC option is designed to help you automatically adjust your manual bids to maximize conversions while keeping your average cost-per-click below the max cost-per-click that you have set.

When to Use Manual Bidding vs. Smart Bidding

Manual bidding provides you with the utmost control over how much you spend for each click or acquisition. What’s more, you miss out on all the data that Google uses to guide Smart Bidding campaigns, like user location, device, search history, and interests.

Manual bidding also requires better monitoring and more management on your part in order to make sure that you’re getting the most out of every campaign. With Smart Bidding, you can use overall budgets and targets to keep your advertising costs under control. For most businesses, Smart Bidding is the best option.

Facebook and Instagram provide a number of bidding strategies, some of which will be familiar if you’re accustomed to PPC advertising. Meta’s bid strategies fall into three categories: manual, goal-based and spend-based.

The “Bid Cap” is the only type of manual bidding that Facebook offers. With this option, you’ll set a maximum bid amount across auctions rather than using Facebook’s dynamic bidding option. Like other manual bidding strategies, this option is best reserved for businesses that truly understand the traffic, conversions, and value a campaign might generate.

Even if you know your numbers, you’ll generally only want to use the Bid Cap strategy when you’re setting up a long-running campaign that has predictable conversion rates.

This goal-based bidding strategy attempts to keep your costs around a given amount regardless of how the market changes. As a building materials company, you may set the cost per result low enough to ensure that your average cost per purchase will keep you profitable. However, the goal you set is not guaranteed.

Similar to Google’s Target ROAS strategy, Facebook’s Minimum Return on Ad Spend bidding strategy allows you to optimize a campaign for value. For example, if you’d like to spend $100 and generate $120 in sales, your ROAS control would be 1.200. However, it’s important to note that the results aren’t guaranteed.

The highest value bidding strategy doesn’t just try to maximize sales, but it tries to maximize large sales. For instance, if you’re a direct-to-consumer (D2C) company that markets to DIYers, this bidding strategy may lead to fewer purchases overall, but it will lead to you selling more big-ticket items (specialty products, kits, etc.).

Bidding Strategies: How Venveo Can Help

Now that you understand the various bidding strategies that you can employ across various advertising platforms, the next step is aligning your campaign goals with long-term business goals, and developing an advertising strategy that will help you achieve both.

If you’re looking for guidance to help your company make the most of its advertising budget and reach a larger audience, Venveo can help. Start a project today and learn how Venveo helps building materials companies succeed! 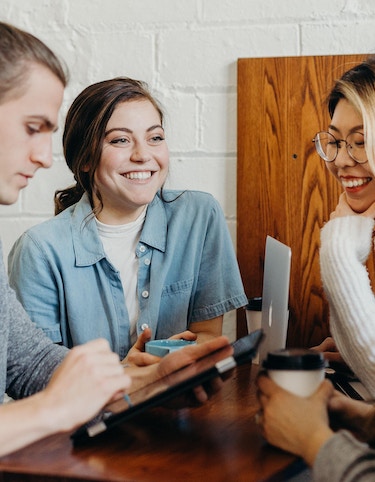 Start a Project
Let's do great work together!
Talk To A Strategist